ANN ARBOR, Mich. – What happens in the moments just before death is widely believed to be a slowdown of the body’s systems as the heart stops beating and blood flow ends. 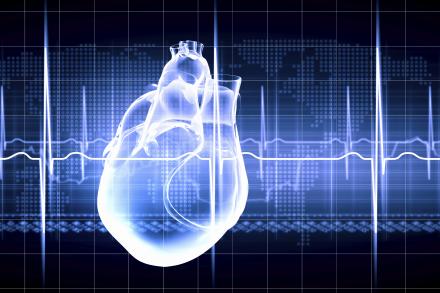 But a new laboratory study by the University of Michigan Medical School reveals a storm of brain activity that erupts as the heart deteriorates that may play a surprising destabilizing role in heart function.

This near-death brain signaling may be targeted to help cardiac arrest patients survive. Most of the more than 400,000 Americans who experience cardiac arrest die without immediate help.

“Despite the loss of consciousness and absence of signs of life, internally the brain exhibits sustained, organized activity and increased communication with the heart, which one may guess is an effort to save the heart,” says senior study author Jimo Borjigin, Ph.D., associate professor of neurology and associate professor of molecular and integrative physiology.

However the brain signaling at near-death may, in fact, accelerate cardiac demise, according to the study published in this week’s PNAS Early Edition.

Researchers with backgrounds in engineering, neuroscience, physiology, cardiology, chemistry, and pharmacology looked at the mechanism by which the heart of a healthy person ceases to function within just a few minutes without oxygen.

For the study, performed in rats, researchers simultaneously examined the heart and brain during experimental asphyxiation and documented an immediate release of more than a dozen neurochemicals, along with an activation of brain-heart connectivity.

Following a steep fall of the heart rate, brain signals strongly synchronized with the heart rhythm, as visualized beat-by-beat using a new technology developed in the Borjigin laboratory called electrocardiomatrix.

According to the study, blocking the brain’s outflow significantly delayed ventricular fibrillation, in which the lower chambers of the heart quiver and the heart cannot pump any blood. It’s the most serious cardiac rhythm disturbance.

“The study suggests that a pharmacological blockade of the brain’s electrical connections to the heart during cardiac arrest may improve the chances of survival in cardiac arrest patients,” Borjigin says.

In previous work, Borjigin and her colleagues demonstrated significant organized activation of the brain in animals during cardiac arrest. This new study provides a neurochemical foundation for the surge in brain activity and a brain-heart connectivity that may be targeted to lengthen detectable brain activity.

Disclosure:  The electrocardiomatrix technology used in the study to analyze heart signals is pending patent protection.

Funding:  The University of Michigan Department of Molecular and Integrative Physiology.