Top factor for job satisfaction among general pediatricians was lifestyle, spouses and family, far ahead of income

ANN ARBOR, Mich. —   Despite reports indicating job dissatisfaction among some physicians, at least one group of doctors seems to be starting their careers on the right note – pediatricians. 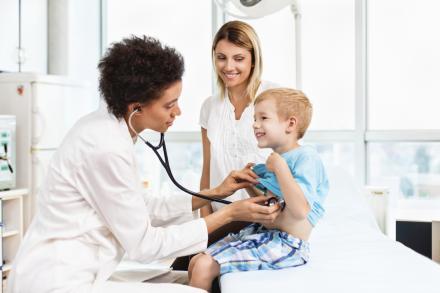 The majority of new general pediatricians say the most important factor in their top choice for their first job was lifestyle, spouses or family – and more than two- thirds believe their current jobs are consistent with their career goals, a new University of Michigan study says.

The findings, which appear today in Pediatrics, come just as medical students around the country learned during last Friday’s national “Match Day” about where they are headed for residency to complete training.

“There are frequent concerns about whether new physicians are being matched with positions that meet their career ambitions, and we found that for pediatricians, the news is quite good,” says lead author Gary Freed, M.D., M.P.H., founding director of the Child Health Evaluation and Research (CHEAR) Unit at the U-M Health System and professor of pediatrics at U-M’s C.S. Mott Children’s Hospital.

“The vast majority, over 80 percent, of new pediatricians were very satisfied with their first jobs after completing residency and how it matches with their future plans.”

“It’s important to look at whether first jobs lined up with career goals in order to understand what leads to job and career satisfaction for the new generation of pediatricians and to help us identify future workforce and training needs,” says Freed, who is also a professor in the U-M School of Public Health and a member of the U-M Institute for Healthcare Policy and Innovation.

Funding: American Board of Pediatrics Foundation