Uterine sarcoma diagnosed in 0.22 % of women after hysterectomy for benign conditions; study may shed new light on power morcellation debate

ANN ARBOR, Mich. — Uterine sarcoma – a potentially aggressive type of cancer that forms in tissues in the uterus – was found in 0.22 % of women following a hysterectomy for benign conditions, a new large-scale study by the University of Michigan departments of Obstetrics and Gynecology, and Surgery finds. 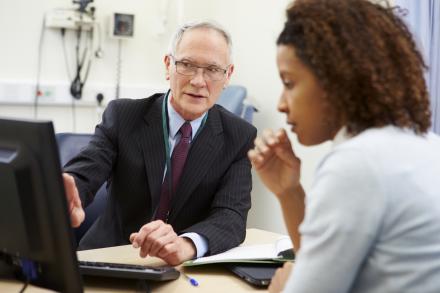 Authors say the findings, which appear in this month’s issue of Obstetrics and Gynecology, may have implications for the risks associated with morcellation – a minimally invasive procedure that cuts large tissue inside the body into smaller pieces so it can be removed through smaller incisions. The FDA recently issued new guidelines on power morcellators, an electrical device that is used by surgeons to help with morcellation, after concerns that it could potentially spread unsuspected tumors that appeared as benign fibroids.

“We found that there is a risk of unexpected cancer discovery at the time of a hysterectomy for what was presumed to be for a benign or non-cancerous indication, however, the risk is fairly small,” says senior author Sawsan As-Sanie, M.D., M.P.H, Assistant Professor in the Department of Obstetrics and Gynecology at the U-M Medical School.

“Caution is warranted in preoperative planning for a hysterectomy, but for a significant number of women, a minimally-invasive procedure may still be a very viable and beneficial option.  Physicians need to balance optimizing technologies that have well-known patient-centered benefits while still being cognizant of the rare but true risk of undiagnosed cancer.”

Read related blog post "Are you having a hysterectomy or fibroid removal and wondering about morcellation risks?" on UofMHealthBlogs.org. 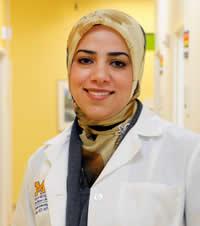 Researchers analyzed 2013 data from a quality and safety database maintained by the Michigan Surgical Quality Collaborative, a statewide group of hospitals that voluntarily reports surgical outcomes. The study included 6,360 women who underwent a hysterectomy for benign conditions such as fibroids, pelvic pain, endometriosis or abnormal uterine bleeding. Benign hysterectomies account for more than 400,000 surgeries a year nationwide, and symptoms associated with uterine fibroids remain the most common benign indication for hysterectomy.

"Physicians need to balance optimizing technologies that have well-known patient-centered benefits while still being cognizant of the rare but true risk of undiagnosed cancer.” Dr. Sawsan As-Sanie, U-M

However, only 0.22% of hysterectomies performed for benign indications contained uterine sarcoma.  Uterine sarcomas are a rare group of diverse and potentially aggressive uterine tumors.  The risks associated with power morcellation have received significant attention in the media recently and have been primarily linked to sarcomas since there are no available methods to accurately distinguish sarcomas from otherwise benign uterine fibroids before surgery. This study also found that there were no reliable clinical predictors of uterine sarcoma before surgery.

As-Sanie notes vaginal surgery is always the preferred route for benign indications but some women are not candidates for that option. The minimally invasive laparoscopic hysterectomy—which may include morcellation techniques when the  uterus is too large to remove from the laparoscopic or vaginal incisions – means smaller incisions, lower risk of infection and blood loss, and quicker recovery than the standard abdominal hysterectomy.

“The ultimate goal in the field is to eventually find more reliable ways to accurately distinguish between benign fibroids and uterine sarcomas,” As-Sanie says. “For now, this data confirms a very low incidence of unexpected uterine sarcoma and is valuable information to inform patients and physicians when considering treatment options for fibroid-related symptoms.”

“Our focus is on minimizing risks without taking choices with potentially better outcomes away from patients that are at low risk of an undiagnosed cancer.”