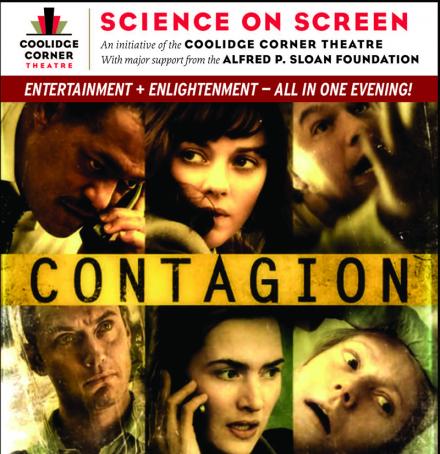 One more epidemic will enter the spotlight this month -- at least in Ann Arbor, Michigan. Thankfully, it will be contained to one location, the Michigan Theater, on one day: Wednesday, Feb. 25.

That’s when the 2011 movie “Contagion” will be shown starting at 7 p.m., as part of the theater’s Science on Screen series. The showing is sponsored by the U-M Medical School’s Center for the History of Medicine.

Following the movie, the audience will hear from a real-life contagion fighter, Capt. Martin Cetron, M.D., director of the Division of Global Migration and Quarantine at the Centers for Disease Control and Prevention, or CDC.

The movie tracks the progress of an epidemic of an unknown airborne virus, and dramatizes the race to contain it and the fear it inspires. The Warner Brothers film stars Marion Cotillard, Matt Damon, Gwyneth Paltrow, Jude Law, Kate Winslet and Laurence Fishburne.

The work done by Cetron and his team at CDC may not have a soundtrack or special effects, but it is crucial to preventing the introduction and spread of infectious diseases into the U.S. and preventing illness and death among those who travel here as immigrants, refugees, migrant workers, and international travelers.

In his 23 years at CDC, Cetron has led a number of domestic and international outbreak investigations and responses -- most recently, efforts to prevent the Ebola virus from spreading from nations in west Africa to the U.S.

Cetron will be introduced by Howard Markel, M.D., Ph.D., director of the U-M Center for the History of Medicine and a medical historian who has studied epidemics throughout the centuries, and steps societies have taken to control them.

Some of Markel’s work, including a major project on the 1918 flu pandemic, has been funded by the CDC.

Science on Screen is an initiative of the Coolidge Corner Theatre with major support from the Alfred P. Sloan Foundation.  Additional support for the program is provided by the Arbor Research Collaborative for Health.

To buy tickets, which are $10, $8 for students, seniors and veterans, and $7.50 for Michigan Theater members, visit http://umhealth.me/UMcontagion.