ANN ARBOR, Mich. — Starting this week, medical students across the country are asking themselves, “If you could go anywhere in the country to train for your chosen field of medicine, where would you go?” 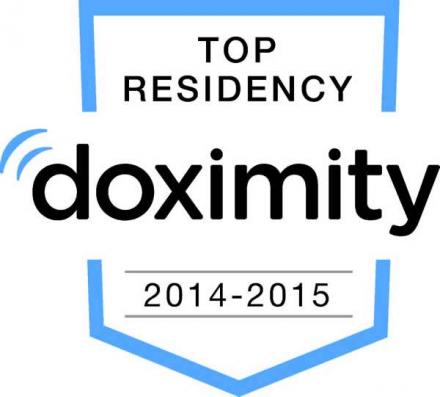 The new rankings are based on a survey of doctors by Doximity, a social platform for physicians and medical students.

According to new rankings, the University of Michigan should be near the top of those students’ lists, no matter what kind of doctor they want to be.

Based on a survey of physicians by Doximity.com, the U-M Health System and its Medical School ranked #6 nationally, for excellence across 20 specialties.

The achievement is based on the number of residency training specialties that rank in the top 10 nationally – in U-M’s case, it’s 12. Only Massachusetts General Hospital, Johns Hopkins University, the University of California San Francisco, Brigham & Women's Hospital and the Mayo Clinic had more.

For students seeking to train in the Midwest, U-M is a top-tier choice in all 15 specialties ranked in Doximity’s newly published regional lists.  In five specialties, U-M residency programs are #1 in the region among those who took Doximity’s survey.

For U-M’s national & Midwest performance in each specialty, see below.

The release of the rankings comes just as this year’s graduating medical students must start making a rank list of their own: listing the handful of sites where they want to train for their chosen discipline. On March 20, most students will open an envelope and learn where they will go, in a simultaneous national event called Match Day.

In addition to the rankings, Doximity is offering medical students and physicians access to additional data on each residency program in the 20 ranked specialties and in five other newly listed specialties: medical genetics, ophthalmology, preventive medicine, thoracic surgery and vascular surgery.

UMHS has the fourth-largest residency program in the U.S., according to Modern Healthcare, based on Medicare data. Training opportunities go well beyond the 25 specialties evaluated by Doximity: UMHS offers physicians clinical training in 105 accredited specialties, from primary care to highly advanced subspecialties.

Currently, nearly 1,200 residents are training in their specialty while helping to care for patients at U-M’s Hospitals and Health Centers, under the supervision of U-M Medical School faculty physicians.

Rankings for all hospitals, all specialties
(some data visible only by physicians/medical students): http://umhealth.me/dox15