Study suggests increase in falls among the elderly

ANN ARBOR, Mich. —  Over a 12-year period, the prevalence of falls among older adults appeared to be on the rise, according to a new nationally representative study. 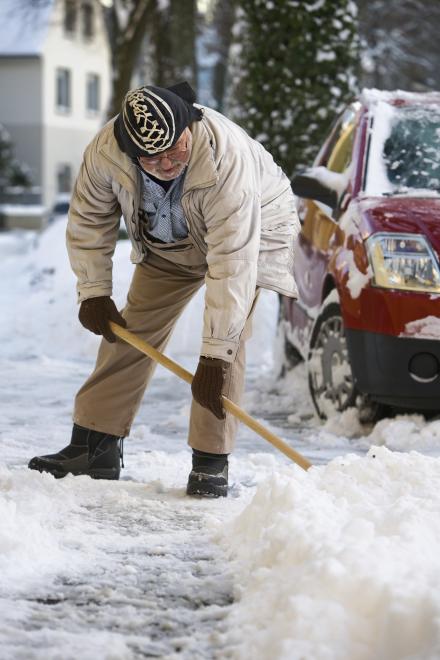 Falling is the most frequent cause of injury among older adults and about a third of older adults fall each year. Researchers analyzed data from 1998-2010 among adults age 65 and over and found an 8 percent increase in falls – which translates to a relative increase of nearly 30 percent.

“We expected an increase because older adults are getting older and there are more 80 and 90 year old adults than before, but we were very surprised to find that the increase in falls was not due to the changing demography,” says lead author Christine Cigolle, M.D., M.P.H., assistant professor in the departments of Family Medicine and Internal Medicine at the University of Michigan and a research scientist at the VA Ann Arbor Healthcare System Geriatric Research, Education and Clinical Center (GRECC).

“We saw a higher number of falls across all age groups—not just the oldest –and that was unexpected.”

Researchers looked at trends in falling in a nationally representative sample of middle-aged and older adults in the Health and Retirement Study, which is conducted by the U-M Institute for Social Research on behalf of the National Institute of Aging.

Falling was defined as at least one self-reported fall in the preceding two years. Among all adults 65 and older, the two-year prevalence of self-reported falls increased from about 28 % in 1998 to 36 % in 2010.

Despite the greater prevalence of reported falls, however, the study did not find that older adults were reporting more fall injuries.

Authors note that programs like “Matter of Balance” that focus on making older adults more aware of balance and provide strategies to reduce risks of falling, may also improve reporting. However, further research is needed to identify possible reasons behind the numbers, such as an increase in fall risk factors (e.g., cardiovascular and psychiatric medications that may have side effects like dizziness) or an increase in fall risk behavior.

“It’s possible that older adults are more aware of fall risk and may be more likely to report it now than before,” says Cigolle, who is also a member of the Institute of Gerontology and the Institute for Healthcare Policy and Innovation.

“However, if the prevalence of falls is actually increasing as much as it seems to be, we need to do more work to identify possible factors and how we can address what we know to be a high risk among a vulnerable group.”

U-M is among 10 clinical trial sites in the country for a major study on preventing fall injuries among the elderly and to find effective, evidence-based strategies to address the personal and public health burden of falls. The trial is funded by the National Institutes of Health and the Patient-Centered Outcomes Research Institute (PCORI).  GRECC Director Neil Alexander, M.D., M.S., professor in the Division of Geriatrics and Palliative Medicine at the U-M Medical School, is the lead investigator for the U-M site.

Funding: Dr. Cigolle is supported by grant K08 AG031837 from the National Institute on Aging.