The University of Michigan hockey team will hold its fourth annual ALS Awareness Game (#IceALS) on Friday, December 6, 2019, when it takes on Penn State University. A portion of ticket sales will benefit the ALS Center of Excellence at Michigan Medicine. Buy tickets to the 2019 ALS Awareness Game.

The term “Ice ALS” has taken on a special meaning on the University of Michigan athletic and medical campuses over the past few years. Scott Matzka, a member of the U-M hockey team’s 1998 national championship-winning team, was diagnosed with amyotrophic lateral sclerosis (ALS), also known as Lou Gehrig’s disease, in September 2015. After Matzka’s former head coach at U-M, Red Berenson, learned of his prognosis, the U-M hockey team set out to support one of its own and others like him.

On October 8, 2016, the Michigan hockey team held the inaugural ALS Awareness Game in conjunction with the ALS Center of Excellence at Michigan Medicine. In addition to recognizing Matzka and his family, the event included the family and teammates of former Wolverine Jim Ballantine (class of 1991), who was lost to ALS in 2002. Also, Joe Feudi and his family were included; Joe’s wife, Jill, was employed by Yost Ice Arena at the time.

The second ALS Awareness Game took place on February 3, 2018, when Michigan hosted the University of Wisconsin. The third annual event occurred October 26, 2018, in a contest against St. Lawrence University. At each event the Matzka family and the ALS Center of Excellence worked together to inform fans in attendance and listening or watching at home about ALS and how critical it is to support research that leads to improved treatment and care for people with the disease. Scott Matzka passed away at the age of 40 on December 16, 2018.

In 2019, the tradition continues as the U-M hockey team will honor Scott’s memory and carry on his mission of raising awareness for ALS, a disease which still has no cure.

Inspired by the U-M hockey team, the U-M baseball team held its inaugural ALS Awareness Game - #StrikeoutALS - on May 7, 2019. 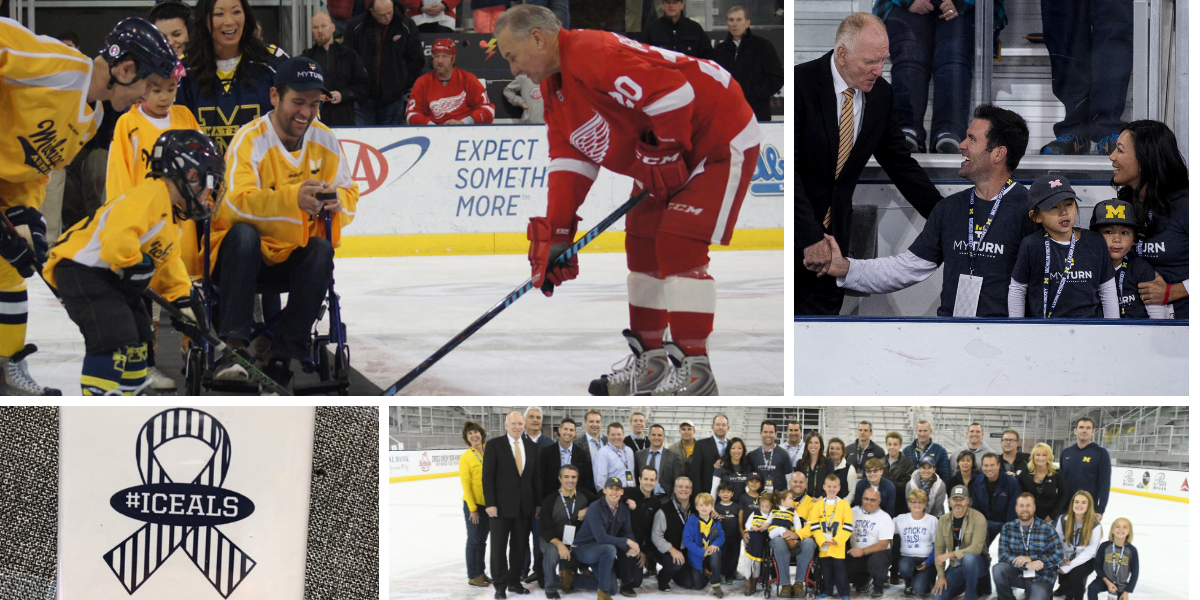