Alcohol related liver disease (ALD) is the result of drinking more alcohol than the liver can process, which damages the organ. The liver, responsible for performing many functions in the body, processes what the body needs, discarding what it doesn’t. As the liver breaks down the alcohol, the chemical reaction releases a toxin, which damages liver cells. If too much alcohol is ingested repeatedly over time, even without getting drunk, liver damage begins. When too much liver damage occurs, it impacts the whole body. ALD is both preventable and can be fatal.

More than 21,000 people die annually in the United States from ALD. Nearly 70 percent of those deaths are men, yet women develop the disease after less exposure to alcohol than men.

Alcohol hepatitis and alcohol cirrhosis previously were called alcohol steatohepatitis (ASH), a term that still arises among some circles.

Not everyone who drinks heavily develops ALD. While the amount of alcohol and the length of time as a heavy drinker are the key risk factors, additional forces impact the outcome. They are:

Early ALD may not have any symptoms at all, which is why it is important to take action if you are drinking heavily. By the time symptoms develop, ALD is usually very advanced.

As the disease progresses, the symptoms include:

A hepatologist, a liver specialist, may suspect ALD after a physical examination and a conversation about a patient’s history of alcohol use. If further testing is needed, the doctor may order:

Stop drinking alcohol: Abstinence is the most critical step to take following an ALD diagnosis. Even one drink is too many. Alcohol avoidance is the only way to possibly reverse the damage or prevent the disease from worsening. Those who find stopping alcohol use difficult should discuss treatment options with a doctor. Getting help improves long-term abstinence and because a rapid reduction of alcohol in the body can lead to dangerous withdrawal symptoms including hallucinations and seizures, for which medicine may be prescribed.

Nutrition and diet: Because nutritional deficiencies are common in patients with ALD, a special diet, vitamins and supplements may help. A nutritionist will educate patients on meal planning to combat malnutrition and help keep fluid buildup at bay through low-sodium suggestions. Similarly, a lifestyle change that includes eating right and losing weight may help decrease the toxic fat deposits in the liver.

Medications: A doctor may prescribe medicine depending on the severity of the ALD.  Viral treatment is not a common part of ALD treatment, though it may be needed if someone has comorbid viral liver disease.

Liver transplantation: This surgery removes the diseased cirrhotic liver and replaces it with a healthy liver from a donor. Qualifying for one requires approval from a transplant center, as well as abstaining from alcohol both before and after surgery.

Other Information About Digestive and Liver Health

To make an appointment with the University of Michigan Hepatology Program, call 844-233-0433. 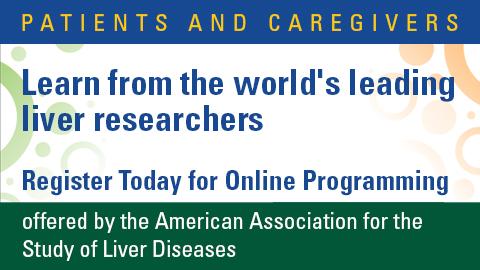